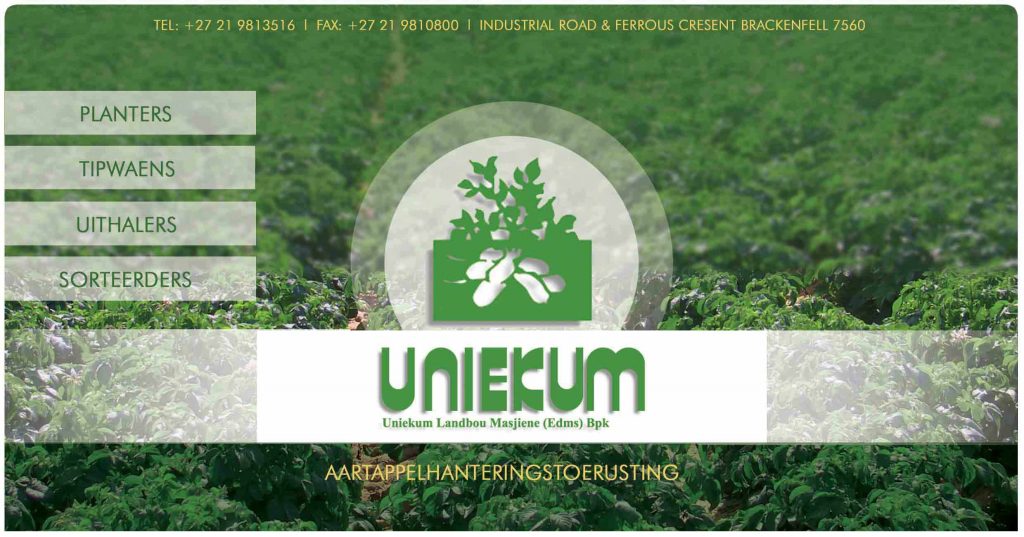 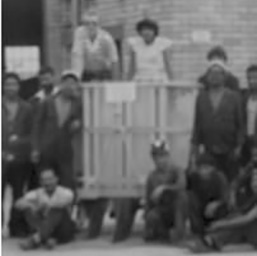 In the middle of the 1970’s, Uniekum made a start as a general engineering shop in Salt River in the Western Cape. Born in the Netherlands and with solid experience in potato mechanization, the "Uniekumers" started off with designing the Uniekum potato planter in 1976. Two years later, the first harvester was built and in January 1979, the first potato sorting machine was installed on a farm in the Ceres district.

The same year Uniekum was registered as a company: Uniekum Landbou Masjiene (Uniekum Agricultural Machinery) (Edms) Bpk. Land was bought and in 1980 a new factory was built in Brackenfell. During the eighties, the company remained fully focused on developing potato handling machinery and equipment. 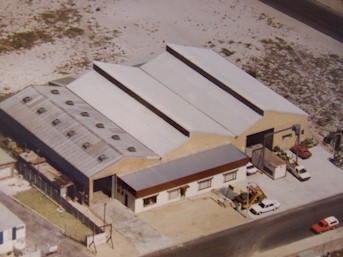 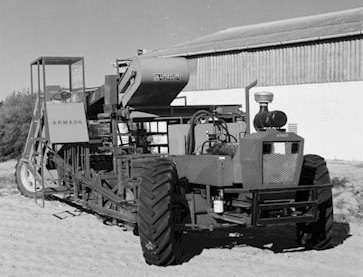 In the early 1990's, Uniekum developed its first potato washer / dryer; a very important module of modern-day sorting lines. During the same year Uniekum extended its markets to the onion handling industry. In 1993 the first self-propelled potato harvester in South Africa was rolled out of the Uniekum factory, a harvester with which the company had great success.

In the early 2005, Uniekum became the agents for AVR bvba, Belguim  and imported its first AVR 4100 Spirit potato harvester to South Africa. A agency which the company still hold up to date. Three years later, after a visit to Top Air Inc,  we imported the first onion harvester from America. 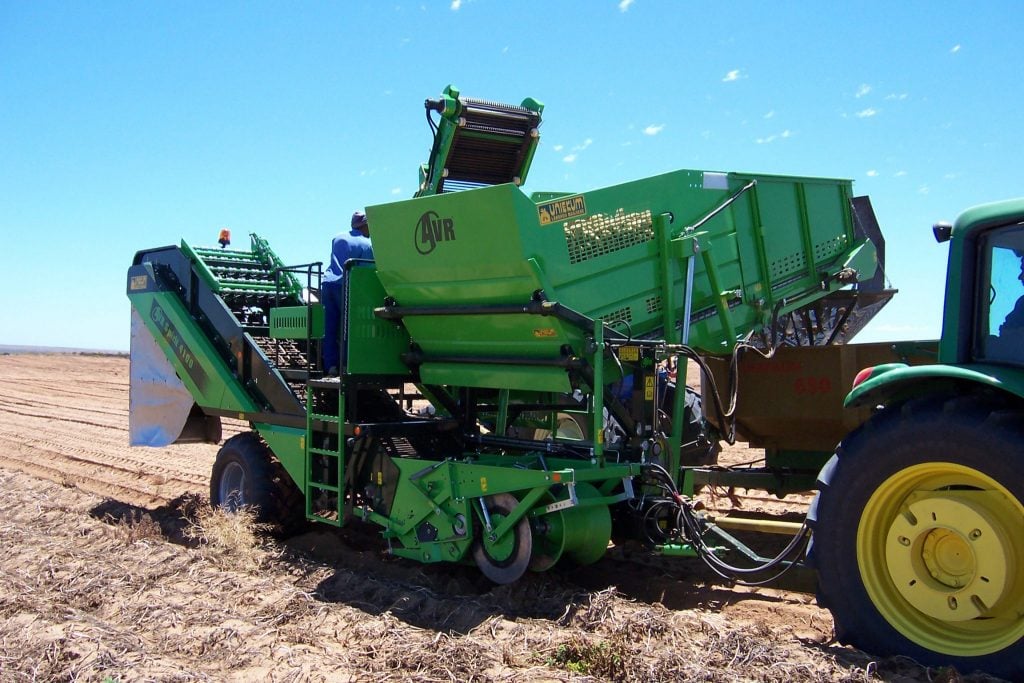 During the  next century  Uniekum have delevelop a lot of differant machines, like the Sacman, Uniekum Polisher, Multihead Scale and Bunker’s to satisfy in our clients requirements. The latest development that was introduced in 2017 was our new U-Vision Electronic sorter.

Today Uniekum distinguishes itself as a potato and onion handling equipment specialist. Through their expertise base, their knowledge-exchange partnerships and co-operation with producers and end-users, Uniekum is committed to satisfying their clients requirements by developing reliable, market-orientated products. 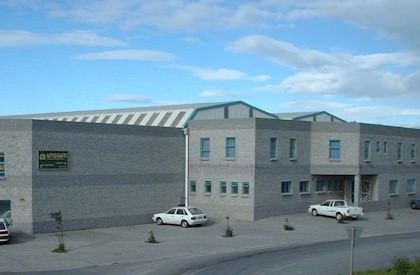